This post may contain affiliate links, to learn more about them, check out our Disclosure.

We have raised our fair share of different animals over the years, but one of my favorites is our Muscovy Ducks. While I never really seen myself raising ducks, my mother started raising them a few years ago and it peaked my interest. So, after a lot of time and research we decided that we wanted to add muscovy ducks to our little farm. If you are thinking about adding these guys to your farm, here are some benefits of raising muscovy ducks. 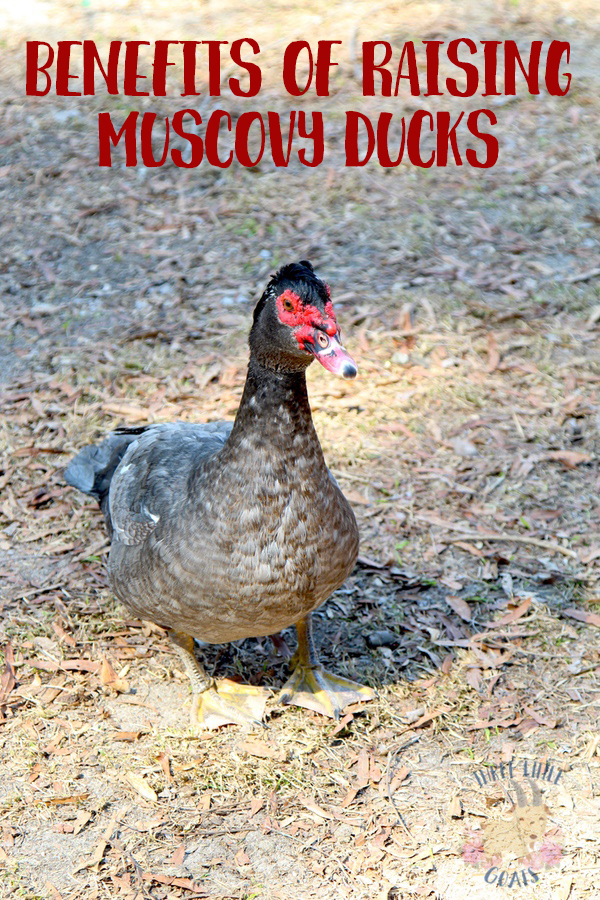 From tiny mice to small snakes, muscovy ducks will take care of it all. Muscovy ducks are great hunters and will chase down small lizards, snakes, mice and other troublesome critters. Not only does this cut down on their feed costs, but helps to rid your barn from disease carrying critters. We use to have a mouse problem in our feed shed, but after our ducks were full grown, we have yet to see a single sign of mice.

Just like rodents, muscovy ducks will decrease your annoying bug population. Our property is surrounded by wetlands, which means we are walking buffets for mosquitos in the summer. Muscovy ducks are the perfect hunters to reduce the mosquito population. My Mother says she rarely ever gets bitten any more since she first started raising them. 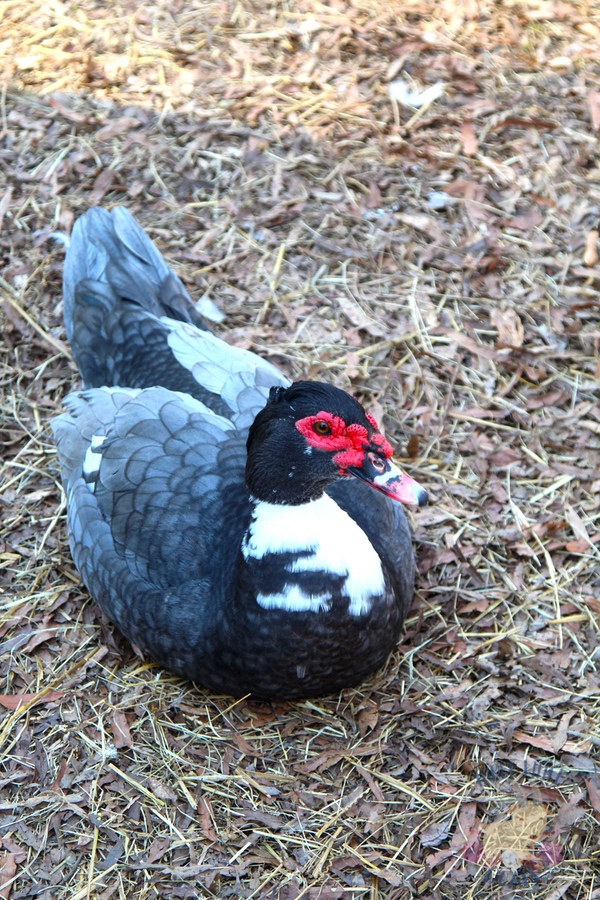 A male muscovy duck can weigh up to 33 lbs. Add to the fact that they have some pretty gnarly claws, makes them the perfect guard bird for your flock. I watched one of my males fight off a small hawk that had been stalking our flock. They are a force to be reckoned with when it comes to protecting their females.

As mentioned before 2 benefits of raising muscovy ducks are they are great for pest and rodent control, but they eat pretty much anything they can sink their beak into. They eat all sorts of bugs, but they are graze of grass and weeds around your yard. 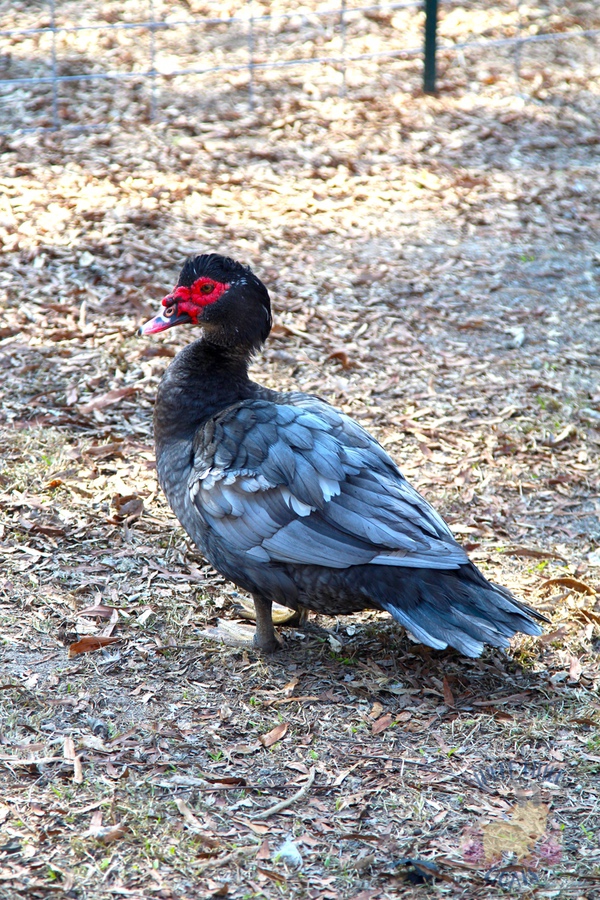 Well, they do need water to drink, but they do not require large bodies of water to swim in. While Muscovy’s are ducks, and belong to the anatidae family, like other ducks, they are not related to mallards. Most breeds of ducks prefer to swim in ponds and lakes, but Muscovy ducks prefer to spend their time in trees, perching. While they do enjoy dunking in and taking a bath in a small pool, they do not require it. But, as a side note, they will find your water buckets and make a mess out of them in a matter of minutes.

No Quacks About It

Muscovy ducks are very quiet, and do not actually “quack”. Instead, they let out more of a hissing sound, that is not loud at all. 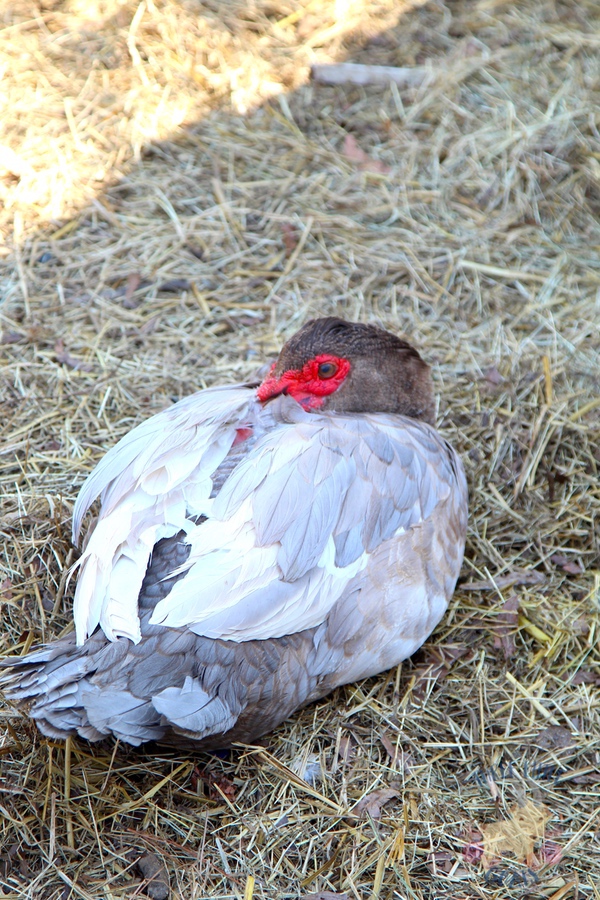 Another one of the great benefits of raising muscovy ducks is that they prefer to perch. This is great if you have limited floor space in your coop. With the muscovy, you can go vertical and build higher perches for them.

Muscovy ducks are some of the most hardy ducks available. They can thrive in cold weather as well as hot and humid weather without any issue. While they are native to Central America, they have been known to thrive in frigid temperatures as well. 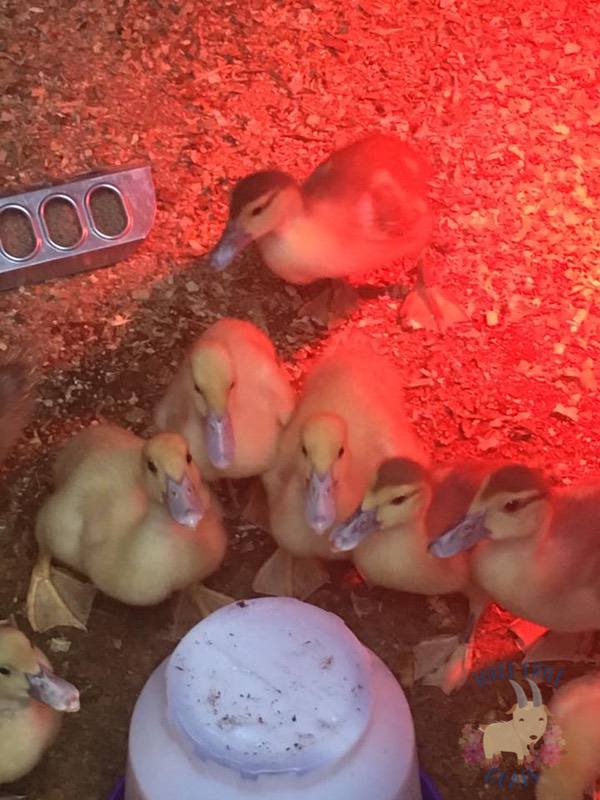 Muscovy ducks make great mothers. The females in a flock will work together to hatch a clutch of eggs. They will rotate out and can clutch out 25-30 eggs at a time, with a high hatch rate. They will also accommodate other eggs, such as chicken eggs and will happily hatch them as well.

What Do Muscovy Ducks Eat?

This site uses Akismet to reduce spam. Learn how your comment data is processed.